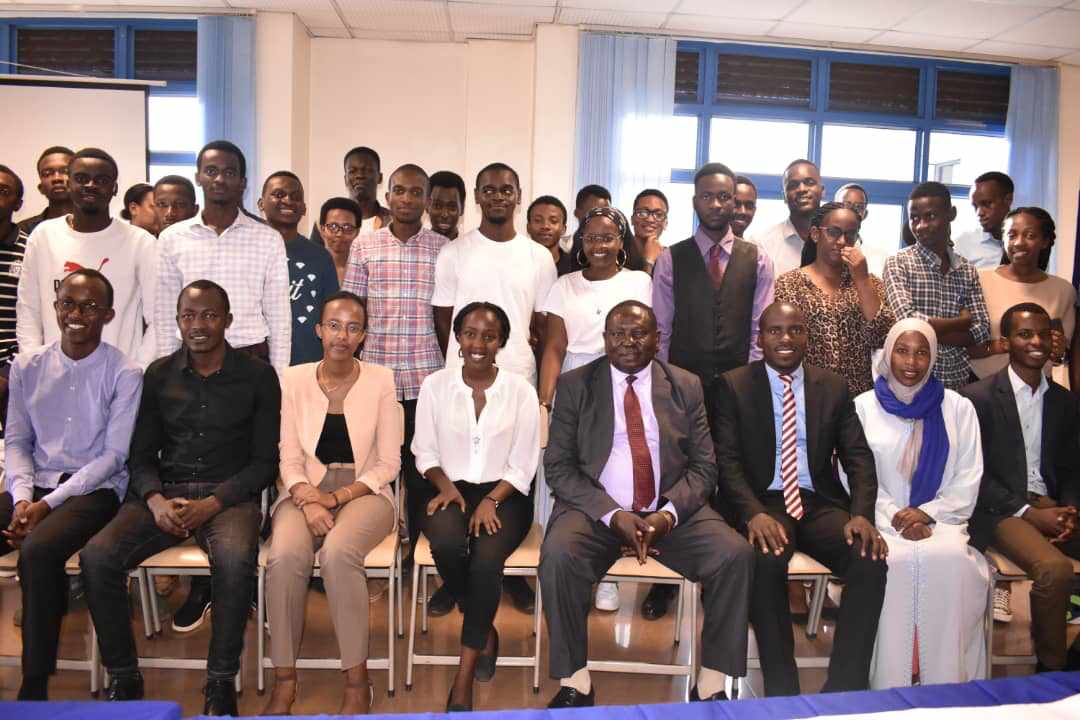 On 12th February 2020, the ULK Debate Club held a handover ceremony which saw the outgoing committee hand over the office to the incoming one in a glamorous event that was graced by the Deputy Vice Chancellor Academics, Dr. LUBWAMA Joseph Ntege and Eng. KAYIJAMAHE Patrick, the Assistant of the Vice Principal Academics, who were respectively representing the management of Kigali Independent University ULK and ULK Polytechnic Institute at the event.

At exactly 2h30 PM, SHEMA Willy, who was the emcee of the day, kick-started the event with a word of prayer after which Mr. Jean Baptiste MANIRAKIZA, the Head of the Center of Languages who also doubles as the Patron of the ULK Debate Club, delivered his welcome remarks. In his remarks, he thanked the management of ULK that keeps supporting the debate club in a number of ways. He also commended the outgoing committee for the successes registered over the past few years.

“I’d like to thank the management of ULK for having continued to rally alongside the debate club with a view to enable the members to witness the realization of their dreams. Of course, the huge registered results wouldn’t have been possible without a smart leadership of the debate club”, he told the attendees.

Erica KABANDA, the president of the outgoing committee said that the club she led from 2018 was able to build a continental fame due to the belief that every success was for them a new beginning.

“We’ve been able to achieve tremendous results because we never allowed complacency to be part of our lives. Whenever we won trophies, we always considered the victory a new beginning of the journey. Then we would work harder than before just to pave the way for more great achievements”, she was quoted as saying.

The incoming president, Divine ABAYO, thanked her predecessors and pleaded to walk in their footsteps for more realizations in the days that lie ahead.

“I’d like to thank you, outgoing committee members. You’ve been example-setters for us and all I can tell you is that you trained us not to become followers but leaders. We’re already leaders and the entire committee will never let you down”, she proudly said.

The Deputy Vice Chancellor Academics, Dr. LUBWAMA Joseph Ntege, who was officiating at the ceremony as the Chief Guest, made it clear that debaters acquire quite a number of skills from the debate club. And he encouraged all of them to keep their membership to the club intact.

“Debating makes you acquire public speaking skills and critical thinking skills. Not only this, but it also makes you choose the right attire to come on the stage with. I therefore urge you to fully commit yourselves to the good cause of debating”, he tipped them.

A group photo wrapped up the ceremony.